QUESTIONS CONTINUE TO TRICKLE IN, SO I WILL ADDRESS THEM HERE, INCLUDING THE MEETING WITH MOSE STOLTZFUS, HAROLD HERR AND DARWIN HOSTETLER: 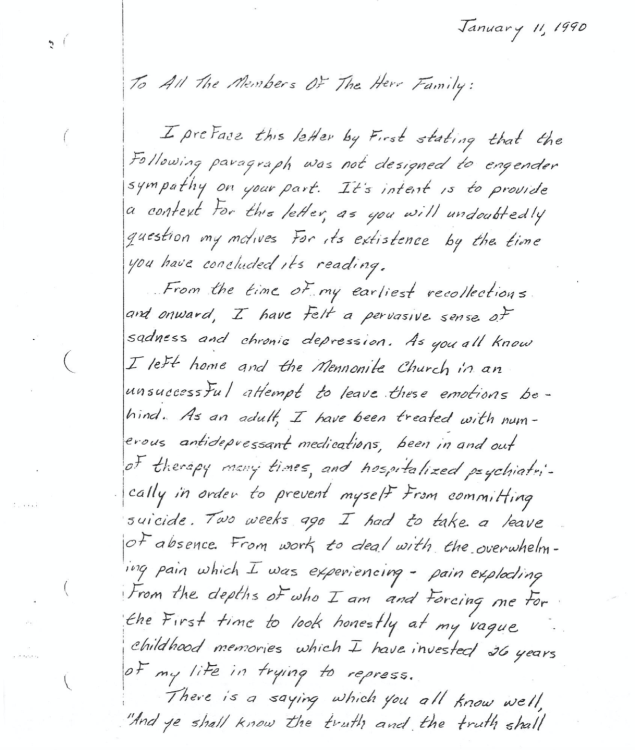 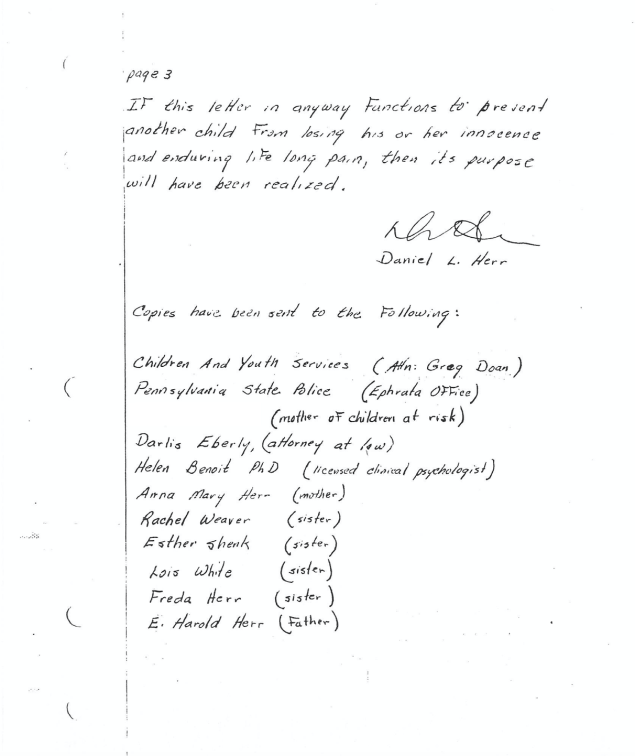 ABOUT CRITICAL THINKING AND SPIRITUAL DISCERNMENT:
We hear and use the statement “don’t check your brains at the door”. In essence, we are hearing, “Apply critical thought to the information you hear/see.” That includes right here, on my blog. And it should include the teachings you’ve been handed and told are truth. If you read the evidence I post through the lens of what you’ve been told to believe or out of thoughtless belief that what I say is true, rather than through critical thought and spiritual discernment, then you have checked your brains at the door. I urge you to think deeply and analyze what I write. (And I’m not talking about having a minor detail wrong. That’s just petty).

Spiritually, we call this discernment, using both brain (thought) and spiritual awareness, or the ‘sensing of things’. Spiritually, we my not have a solid thought process to offer, but something just ‘feels off’, or ‘feels right’, not an emotional sense of ‘feeling’, usually, but an awareness. A quiet ‘knowing’. This should be held with humility and caution; the human mind has great influence and it is easy to assign spiritual significance to human thought, or hold as certain that which may not be. This can be deadly. (For example, when a spiritual ‘guide’ – whether counsellor, pastor or other – ‘senses’ that a person has been abused and even by who, and then plants such a thing. There are people who have brought false allegations against individuals this way. It is not wise, and it is not right).

Critical thinking can be intertwined with discernment, or it can be a most practical non-spiritual exercise. It can be ‘looking at the facts with a deeper ‘below the surface’ kind of critique’. What I plan to share today focuses on the latter; a practical exercise in looking at information I posted in the blog Timeline of ‘Grandpa Harold’, and purpose for revealing his identity…. Evidence that is easily missed apart from applying critical thinking, combined with knowledge of at least some details, and if or how there might have been an admission of guilt by the accused. In this case, that admission is documented.

A series of question every individual must ask in a case like this is:

Anyone who who professes Christianity and answered any of the above ‘no’, I’d like to hear your justification. You may send me your argument via the “Contact Trudy” page. And if you do these things, please include details of your acts, as well as your full name, date of birth, full address. These acts are all crimes. But, I cannot imagine that anyone said the above are ok.

On that assumption, we have established:

The next series of questions is:

The first question was answered in the timeline.  It tells us that, when speaking with Detective Ortenzi, Harold Herr tried to shift focus away from the allegations of sexual abuse and admitted to engaging in bestiality. (There is also a letter from a church leader who acknowledged Harold did indeed admit to bestiality).

For the sake of argument and in honour of a few of my heckling Facebook friends, let’s grant it that Harold ‘repented’ of bestiality at Centerville church, as per the letter. Let’s say that moment it indeed was “under the blood” (as these same men like to repeat in every allegation). In that case, “Praise Jesus!”

If true! Praise Him indeed! This means there is no more reason to hide, to walk in shame, to manipulate…

But, alas, that ‘repentance‘ took place around 1975, give or take a year or two. Those dates are approximates, lest anyone feels compelled to use this uncertainty of which year to distract from the real issue. It is hard to ask dead men for confirmation. Also, séances are forbidden by God, so we won’t go there.

At that time Daniel Herr was approximately 14 years old. After his father, Harold Herr, was released from teaching school, they went to Phil Haven for help. While there, in the presence of others but addressing his father, the young Daniel made the statement that he had seen his father engaging in bestiality. (This was not told to me by Daniel, but by someone else who was present at that time and heard it).

We have established that Harold Herr engaged in sexual abuse of chickens. He admitted to bestiality and *allegedly repented. (*I will explain this ‘allegedly’ momentarily).

We have further established that Harold Herr sexually violated his son when he engaged in bestiality in front of him. We have also established that his young son first spoke out as a very young teen,  in the presence of multiple witnesses. (For them what thinks there has to be a few witnesses for it to count).

Harold’s son, Daniel, deserves a humble apology from his father and humble repentance for his sins and crimes. At 14 …. think about it… at 14 he spoke up. And still he is being viewed the liar and his father the saint by some. I can’t even wrap my head around what level of religious perversion that requires… Religious perversion, and religious arrogance. And I pray that is but a small (albeit vocal) group ‘among us’.

Furthermore, even after his ‘repentance’ in the mid 70’s, Harold’s son saw him engage in ongoing sexual assault of animals over the period of numerous years.

It is easy for some in religious community — usually those with a vested interest in silence and not having something discussed or exposed — to grab the widest brush possible and say, “He has repented. You should not speak of it again. That sin is under the blood.”

I say, “If it’s under the blood so thoroughly, by all means, let’s talk about it!” Let’s be honest about what was done, how it impacted others, how we pursued healing and redemption on behalf of those we harmed and victimized. Let’s not focus on our own self-preservation.

If we truly believe that Jesus came to do what He said He came to do, then let’s be like the Apostle Paul and not hide our sins. And let’s make sure that those we victimized, and their families, hear us acknowledge our wrongdoing.

13 thoughts on “Preacher Mose Stoltzfus, Harold Herr & Darwin Hostetler meet to discuss what to do with Trudy; More details on Harold Herr allegations”