There isn’t much that worship can’t soothe in my spirit, in the day to day. The key and the challenge is to be diligent in setting aside time for intentional worship in the chaos of this thing we call life, which can quickly feel more like a slow and painful death if we’re not careful. Especially for people in ministry, whether pastors or other ministries. There is something spiritually and emotionally draining about ministry, apart from taking time to refuel and ‘drinking deep’ from the well of God’s love, whether through worship music, meditation and prayer, or reading truth.

Hearing horrific stories of child rape, or watching adults weep or go into shock to the point of physically going pale and clammy, as they recall someone forcing themselves or some harsh object inside of them, tends to wear on the soul. In the past year I’ve heard so many of these tragedies it leaves my head reeling, and my heart aching…. though, in honesty, something of my ability to ‘feel’ was destroyed in childhood, so it is usually more of a ‘factual’ pain, than a feeling one. That is, until it is incorporated into art or music… there, and in God’s presence or Tim’s arms, I am able to feel pain. Rarely any other place. But back on track…

In recounting details with a local police officer regarding the third or fourth case involving forcing objects inside children or youth, the officer looked at me and said, “Yeah… what’s with that about forcing objects inside kids? That’s just crazy!” I couldn’t agree more. It’s insane, actually. And I realized when he asked, that this and molestation is the horror I listen to or deal with, in one form or another, almost daily. And when it gets too much, or hopefully before it does, I escape into a place of worship, filling my heart with a truth greater than the wickedness all around. If I didn’t do that, I would burn out relatively quickly.

And I’m not alone in the intentional battle against burnout. While painful to hear, I’ve listened to pastors confess the struggle that goes with their role. I’ve heard the admission that sometimes it seems atheists are more at peace with life than believers, and live to the fullest with greater kindness than those in the Body of Christ. I’ve listened as they told how difficult it is to be attacked or back-stabbed by their congregants. While that is not something I am familiar with, since I have no congregation, my imagination works well enough to know it would be hard; much harder than ‘distant’ attacks from those who oppose what I do, I imagine.

That is one of the things that has given me the courage to press forward in ministry, knowing the deep appreciation of clients. At least most of them, and most of the time. I’ve been very blessed with good outcomes in working with clients, walking them through to healing and developing longterm relationships. In five years of 1:1 ministry, most clients continue to keep in touch from time to time, letting me know how they are, and sharing struggles and victories from time to time. In fact, only one case has truly gone wrong, either due to sincere misunderstanding or blatant lies–and I am uncertain which–and it is the one case that made me realize how blessed I am that attacks are virtually never part of my life, with clients. (Attacks from strangers, or from ‘friends’ behind my back, and attacks on our ministry  don’t bother me much any more. They’re par for the course.) Nonetheless, initially it is jolting to be thrown into a world of unfamiliar accusations and it can feel like God has let you get hung out to dry… Giving 12 hours in one day, and extra time and expense over a period of time, all pro bono, to the person who ends up stabbing you in the back is disheartening.  And in that moment, questioning why I would continue, the thing that carries me through is the knowledge that God knows the truth… that God sees all our hearts–not only mine, not only theirs, but everyone of us… And, again, my heart is drawn to healing worship and I am refreshed.

In contrast with the ‘fatigue’ of fighting against the darkness so often covered up, a man spills his story without being confronted, and tells how as a teen he molested numerous children. We end the conversation and of his own accord, as I prepare to leave, he says he would like to talk to a police officer.

“Are you sure you want to do this? What if he has to charge you?” I ask, feeling a sense of duty to let him know the potential consequences, and to see if that changes his mind. “I thought about that before I said anything,” he continues. I tell him I will talk with an officer, and get a time set up and other details if that is what he wants. “If it takes making an example of me to stop this, then I am willing,” he says. And with that we part ways. A day later I have a time, and all the details of what this will look like. He responds with the admission that it looks pretty scary and overwhelming, and I tell him it is up to him. I don’t have enough information to do anything; it’s entirely up to him. He asks for a night to contemplate it. 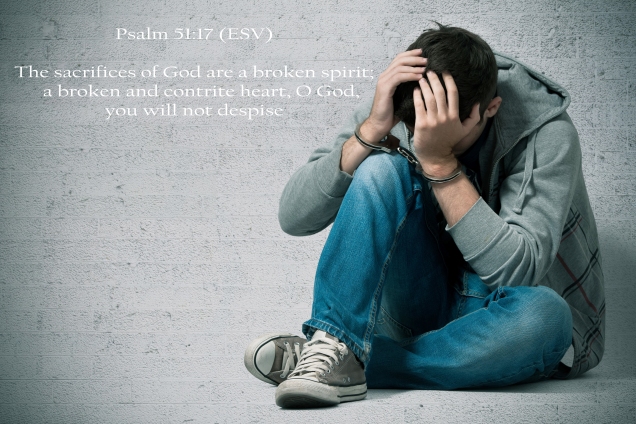 The next morning, first thing, a text comes through saying he wants to proceed. And with that it’s a plan. As I type out the message to the officer, tears flow generously. I realize the man is not one of the ones who is a greatest threat to our community. He came forward of his own free will and asked for the police without so much as a hint of it from me. And through the tears, I worship a God who sees hearts and understands my struggle with knowing that many hide vicious crimes while a rare contrite soul exposes wickedness out of a desire for truth and freedom. And that one chooses to pay the price publicly, if that’s what it takes, to help end the epidemic.

Ah worship… it makes ‘right’ a world all wrong. It’s necessary to worship when the heavy stuff of life lands on us like a bucket load of bricks… or worse. It’s easy to worship when things are good. But when we sacrifice and are met with not so much as a passing thank you, but rather an attack, worship is critical. Drinking the toxic sludge of lies, rumours, manipulations and growing bitter quickly sucks the life out of us, so that we have nothing to give. And when the darkness hides in the crevices of Christian cloaks, it is worship that turns my heart back to my Heavenly Papa, and I am again lost in love, clothed in righteousness that is not mine.

So tonight I bask in the wonder of the ove of Jesus, who died to give me life… who died to give life for the one who comes back to say ‘thank you’… and for the one who manipulates and takes for granted sacrifices made on their behalf. He understands each of us with equal affection, and grants extravagant grace for our various struggles and burdens. And suddenly I realize that I have no enemies, only brothers and sister with pain, struggling through their story. And I pray that Jesus will meet each one in the place of their battle, and lift up the weary hearts and breathe life into us, every one, so that His purposes are fulfilled in us.

With confidence I move forward because Jesus didn’t stay trapped in a grave: Christ is Risen from the Dead, and that gives me hope for every one of us. Deep, eternal hope.