Juvenile Offenders & Potential Impact of Their Crimes, Later in Life & Marriage:
One reality about Josh–and we can hate this reality or not, it is true and necessary to consider–is that he was a juvenile offender whose crimes should not have been made public, if I understand accurately. That said, though, there again are various opinions, even from lawyers. (According to information I found online outlining these laws, my understanding is it should have been protected….but God only knows, at a quick glance, if this info is up to date. And maybe the lawmakers know too.) Here in Ontario this is certainly the case with victims, as I was reminded when I recently provided support for several underage victims and the detectives reminded them that there would be  publication ban, and the information would not be made public. One can always hope that will be the case. And it is also the case with offenders as I discovered when I learned that a former deacon’s son molested a boy under age 18 and was protected. Those are the laws. And on that front the Duggar family has had their privacy severely violated.

While most fourteen-year-olds do not fully understand the consequences of their behaviour, it is no less a crime and should be called just that. It is also sin, in our ‘Christianese speak’ and according to God’s Book–and a crime for which a teen would have been stoned in ‘the olden days’–so we Christians should call it a sin and a crime, not a ‘a bad thing’ or ‘a mistake’. That is not appropriate terminology for molestation, when we call homosexuality–a consenting sexual interaction between ‘adults’–a sin, which it is in the Bible I read and believe. Regardless how biblically wrong and sinful, it is not a crime against the innocent and vulnerable. So let’s call molestation a sin and a crime, not ‘a bad thing’.

Reinforcing the severity of that crime, and the sinfulness of it, will help the victims realistically understand and deal with what happened to their spirits in the process. Because the truth is that the offender being juvenile does not lessen the impact of the violation on victims, as it relates to the heart and spirit of a child. Many victims–both male and female–pay a high price in marriage for that violation. A relatively high percent of victims I work with were violated by offenders under eighteen, and even under fourteen, but the PTSD and other ‘aftermath’ they suffer is all the evidence I need that age does not negate damage, in many situations. 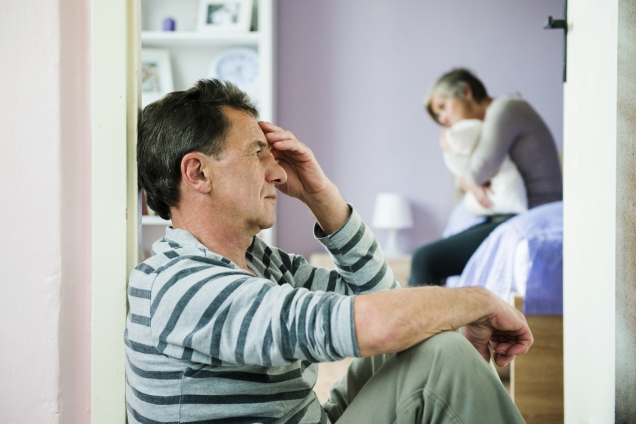 A woman may find it difficult or impossible to enjoy sexual intimacy, or go into panic after or during intercourse as a result, depending on the extent and nature of the violation. Or she may push her husband away if he wants to touch her breasts, and not immediately associate the repulsion or resistance to past violation. A man may find it difficult to allow his wife to touch his genitals, or feel inadequate and struggle to enter into intimacy, or retreat sexually in some other way. This is a big deal. When it becomes a marriage struggle, which in more cases than enough leads to infidelity or struggles with sexual addictions, even having been groped and grabbed become a ‘big deal’ that cannot be ignored.

Unfortunately many couples don’t understand their feelings or associate them with past victimization, and therefore don’t get the help they need.  And spouses often take that rejection personal, escalating the dysfunction and increasing the risk of the marriage failing. The good news, for those who do get help and piece these things together, is that many can and do overcome these barriers. Once that understanding is there, the individuals can move past blaming themselves,  or feeling helplessly and hopelessly inadequate. Then restoration can begin. (I’ve helped more than one couple work through this and restore healthy sexual intimacy. However, I am in no way trained or licensed and it can be quite emotionally draining, so I’m not signing up to be the next Dr. Ruth…)

These consequences will potentially come into play in marriage even when things have been ‘dealt with’ and victims have ‘moved on’, borrowing the words of Jessa. For these and many other reasons, it is important to recognize that victims need space and the ‘right’ or ‘permission’ to go through the rise and fall of  the aftermath. There will come a time when Josh’s victims may need that permission, and hopefully that will be respected. On the other hand, some victims, particularly those who were not violated to the point of rape, attempted rape, or other more invasive abuse, may be able to move on and face few ongoing consequences. Every victim is unique, with needs as unique as their ‘person’, and those needs should be honoured.

Juvenile Victims & The Careless Trampling of Hearts:
Certainly, Josh’s victims were very violated as the media trampled through their private lives. I don’t care what TV show they were on, the victims should have had their privacy respected. And while names were not given, it didn’t take a particularly brilliant mind to do the math and piece it together. In this the girls are right to feel violated. I am not ready to jump on the ‘they are being persecuted’ wagon, but at the same time I feel badly for them to have had their stories thrown in public that way, at a time not of their choosing.

On the flip side, one clue that maybe the healing isn’t as deep and permanent as they would hope and wish–speaking of the girls’ and their parents’ presentation of healing–is the reaction to this whole thing becoming public. Once that healing is complete, and every aspect has been dealt with and truly moved on, then there is no fear or anxiety in the public knowing, if there’s nothing to hide. But that exposure must be subject to the victim’s timetable, not the public’s. I write from experience here.

Two years ago, when I was writing my memoir in which I disclose numerous incidents of having to perform oral sex (mostly on females) in early childhood, I had mild panic attacks at the prospect of people knowing even superficial details. It felt horribly vulnerable, offensive and somewhat violating, just to think about the public knowing. By the time my original manuscript was complete, I had come to relative peace with it, and suffered only occasional moments of mild anxiety. But the day my editor wrote and said I would need to be more direct, in summer of 2014, only about seven months from my release date, and told me I need to actually ‘name’ the abuse–that abuse being oral sex–I freaked out. I burst into tears, and my fist landed hard on the countertop as I declared to my husband, “They can’t make me do this! They can’t make me do this!” And then, having composed myself somewhat, I said, “I don’t think I can go through with publishing my story. I think I have to get out of the contract.”

Having vented, wept, grieved, and cried before God… and begged Him to help me say it in a way that would not be destructive, but would still tell the truth, I set to work one more time. And that time the words came. I ran parts past several friends, Monica Orr and Tina Miller, who did not know me in person, but with whom I had developed a trust relationship, and batted the manuscript back and forth, back and forth, until I felt it was balanced. When that process was finished, my heart had healed at a whole new level. At age 45, actively in ministry for almost 5 years, and with 24 years of healing behind me, I finally felt released fully, for the first time in my life.

So I understand the panic the Duggar girls felt at the story leaking, and I also believe they could still have a bit of a healing journey ahead of them. My prayer is that they find the support and encouragement they need, and that they are given permission by the gentlemen in their lives, and even their parents, to walk that road, as needed. My prayer is that they (and their parents eventually as well) will have a solid grasp on the consequences and severity of sexual abuse, even in juvenile cases, as that is an important part of breaking the chains and generational cycles that begin… or carry on, as the case may be. It is a sad thing when reality hits with the next generation. At that point some snap, and others simply talk it down again…

While it is very possible, maybe even likely, that there was a strong PR influence in the interview, my instincts tell me the girls were being honest about ‘what they know and believe’ including how healed they are and feel, based on where they are at in life, right now. Just what that will mean with time, is a story yet to unfold, and a journey only they can walk. And one the public would do well to stay the heck out of. 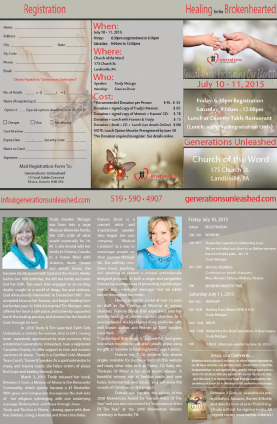 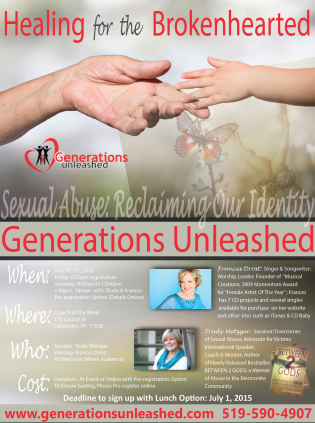 Join 5,416 other subscribers
Follow A Splash of Love…. on WordPress.com