(Shared by permission, and approved by Anna.) 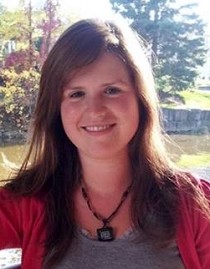 “Am I crazy, Trudy?” She asked the question after telling me of her dream to go on an 11-month mission trip called ‘World Race’.

I laughed. “No, Anna, you’re not crazy. If God wants this to happen, everything will come together. Even the finances.”

In a previous session Anna shared with me some of her dreams and how she longs to make a difference in the world. We talked about her talents and skills, to see how they align with her dreams. But at the end of the session, Anna was a bit bummed out. All her friends, it seemed, ‘had it together’ and knew what they were doing. She had desires, but nothing concrete. No plans. No sense of direction.

I encouraged her to not worry about her friends lives, but to put her dreams in ‘shoe leather’, by knocking on doors and nudging them. Working hard is necessary, most of the time, to make things happen but some doors won’t budge no matter what. You can push and shove and wear yourself skinny trying to pry them open, but they are not meant to be. Some doors might open, but something ‘feels’ wrong.  But the right door, while things may not all miraculously fall into place, will open and things will come together.

When Anna returned for that next session, her eyes sparkled in a way I had never seen before. Her eyes always sparkle. Well, almost always. But this sparkle was the excitement of “I can’t believe  it!” She nudged on the World Race door, and it opened.

We discussed what it would take for her to do this, as the financial commitment was quite substantial, but somehow I knew it was ‘pocket change’ to God, and Anna’s determination and resilience would help. She had done some estimating as to how much she should be able to save up, and it was a handsome sum, and we started dreaming and discussing fundraiser options. Anna doesn’t like asking for money, or financial support, even for a mission trip, and  fundraisers would help with that.

With that, the ball began rolling, and soon it was confirmed that Anna would go on a World Race mission experience. That was back in about February, if I remember right, and she had until September to save up and raise thousands of dollars, as this trip involves a lot of travel. We met about two weeks ago, and Anna was $500 away from her ‘before I leave’ goal.  She still needs to raise money while she is on the mission trip, but the amount she needed before leaving was almost in, as of our last meeting. And a large chunk of that came from her own hard work.

It has inspired me and blessed me to be Anna’s coach, and watch her dive in–not only with both feet… no, that would sell herself short. No, when Anna jumps in, she gets dunked all the way. She isn’t afraid of hard work and a challenge, but rather embraces them, and when the impossible looms over her, threatening to rob her of a dream, she chooses to trust God and live in faith. Not the kind of faith we sometimes imagine, a faith that is all religious and has all pat answers, but raw faith that struggles and overcomes.

It is exciting to see the hard work pay off as Anna’s dreams come alive.  To learn more about Anna’s ‘God adventure’, I invite you to follow her journey on her blog, at www.AnnaKuepfer.TheWorldRace.org, where she will post updates on her journey.   To support Anna financially, click here.

Anna, my friend, I am so very proud of you. We have talked about and wrestled through some hard stuff in our times together. We have celebrated victories, dreams and hopes. And in those times you have blessed me immensely with your zest for life. You are an amazing young woman, and I look forward to reading your updates. I wish you God’s blessings, health and peace as you travel,  and the opportunity to bring hope and Love to many lives.

To Donate: Generations Unleashed, and Help Victims of Sexual Abuse in the Church

(Tax Receipts will automatically be issued for all donations over $20)

Return to the First Post in ‘Abigail’s Story’ Series