WARNING: This post contains sexual content, though not explicit, it may be triggering for survivors of sexual abuse. The purpose is to break the silence, create awareness, and offer hope to the Body of Christ …. Healing comes when silence is broken.

It’s mid-morning, and I’m in ‘my chair’, in the corner of the family room, listening to worship music, with tears literally pouring down my face.

It is the kindness of God, that ‘paces’ the things I am confronted with, and exposed to, so that I am not overwhelmed or consumed by darkness. Sure, there are moments I weep–I’ve had those off and on since I started into ministry–but I am never consumed. But every now and then, when I encounter abuse stories that leave the mind in shock, it takes me a bit of time to absorb and process. And that is what has happened recently…

In the last few weeks I have seen things, heard stories of things done in the name of Jesus that are absolutely crushing. As in, ‘squeeze the life right out of the chest’ kind of crushing. Things that, in all my days of ministry and talking with people since age 21, I have never encountered before, in my cultural background…

I’ve heard of things in the news that feel similar–like the Waco Texas case–when David Koresh, claiming to be a prophet, used and abused many women. The group went up in flames, on April 19, 1993 during an assault, at the end of a fifty-one day siege. Coincidentally, April 19, 2013–20 years later, to the day–the door began to open to the situation I currently am involved with, and continues to unfold.

And then there’s the Amish case, involving Sam Mullet, that comes closest to resembling the current case, because of the religious control and using that position to abuse. Somehow Sam managed to get women in the church to have sexual relationships with him, by playing the ‘women need to submit’ card. And they fell for it.

However, what I have encountered in the last few weeks is yet another twist of abuse and perversion.

Part of our purpose for a recent trip to Pennsylvania was to meet with a variety of people–ranging from therapists, to victims, to counsellors–to ask questions and learn more about this abuse. The things we learned were jolting and yet very helpful.

A Christian ‘therapist’ meets with clients and introduces ‘treatments’. It is a blend of various things, including massage, ‘counselling’, and some entirely unprofessional behaviour, disguised as ‘treatments’.

The various treatments are blended with ‘ministry’, creating a naive trust.  (Each case will have unique variations of how this plays out.) Part of the treatment releases memories and, with those memories,  intense emotions, making the client vulnerable. The therapist might pray (or prey, as the case may be) and speak in the name of Jesus, or God, as the treatment takes place. He or she may say ‘God has told me to do ____’–and then proceed to violate the person sexually. In some cases certain ‘techniques’ may be introduced as a beneficial part of releasing stress and ‘healing’…

And that stress release, in these cases, involves things such as internal massage–meaning vaginal massage and working in the genital area of the client. The release does not always involve sexual orgasm, but may well include it. I asked blunt questions of a few therapists and clients–with clients being more appropriately named victims– if the desired outcome or goal is sexual climax, and at least one was honest enough to admit that it that was the goal of the ‘treatment’.

The client is told that the treatment will bring release from stress etc., along with the ‘God told me to…’ manipulation. To which I responded, on several occasions, “Of course it will release stress, so does sex between husband and wife, the way God intended it to be.” Tragically, many marriages have lost that intimacy, making them even easier ‘prey’.

These treatments are taking place between male therapists and their female clients, and there are also female to female ‘treatments’. Some therapists maintain ‘pure intent’, and that they in no way intended to violate anyone, while others are very repentant, saying they didn’t recognize it at the time, but in hindsight it is very clear to them that they abused clients. Some try to downplay their sin, and place guilt on the victim for such vile and exaggerated accusations, while others are completely broken.

There seems to be an associated ‘blindness’ that prevents some victims  from seeing how violating this is, until we talk and ask a lot of hard questions. (Some ‘therapists’ claim similar ‘innocence’, which I will neither affirm nor deny, regardless of personal opinion. They stand accountable before God.) When I ask the victims bold questions, such as, “Was the outcome orgasm?” or “Did they touch your genitals?” and similar questions, they begin to see how inappropriate such ‘treatments’ are.

Only then, gradually, do some recognize to what extent they have been used and abused. (And how do they go home and tell their husbands that their therapist–whether male of female–brought them to sexual climax?) This leaves some victims trapped in denial, silence and secrecy, and others sharing only with a select few, not willing that the greater truth be exposed of the corruption taking place.

Some therapists eventually acknowledge or recognize that what they have done is actually sexual abuse. They have violated their clients, and have to take ownership for that, a process that takes time and what seems to be a ‘gradual awareness’, if for no other reason, then for the shock. Most will acknowledge, in hindsight, that they knew something was wrong, and yet they insist that it was not intentional sexual violation. Several have been honest about their sexual intent.

Another abuse, that is separate from those treatments, consists of counselling and using a ‘holding technique’ that has, in many cases led to adult women ‘breastfeeding’ each other. It is presented as a way of ‘healing’ early childhood rejection and abandonment, and representing God in that pain.

What I find in many of these abandonment, and rejection ‘revelations’–supposedly from God–there is no balance with God’s truth. The individuals receive the revelation of abandonment, rejection and countless other dark and depressing realities, but there is no balance with a revelation of God’s truth that they were loved by Him, accepted by Him, embraced by Him and even carry His DNA–their first identity.

These ‘revelations’ leave the counsellee empty, lonely, depressed and vulnerable. And that vulnerability, combined with the bond they develop with the counsellor, leaves them easily victimized. I can only presume that the ‘revelations’ are a lot of ‘half truths’ being used by the enemy for incredible destruction. When God reveals our brokenness, He also, simultaneously, reveals our worth and accepted-ness. Whatever dark thing He reveals, whether it is our victimization or our own sin, He also always reveals hope.

The enemy offers half-truths to take away our identity, our security. He’s always about condemnation, stealing hope, death of the spirit, beating us down, and guilt and shame.

At this time I am choosing not to identify the type of treatments being used, because I am doing in-depth research into it, and don’t want to speak impulsively. But if you recognize any part of this type of ‘treatment’, and carry the dark feelings of victimization, I welcome you to touch base. I have contact information for counsellors who are able to help, and some who are familiar with this specific abuse.

I am aware currently of approximately 30 victims, some of whom I have connected with directly, and I expect there are many, many more. I am willing to do whatever I can to connect both victims and perpetrators to appropriate help, and to mediate victims confronting their abusers.

To contact me privately, and share your experience or to request connections with counsellors, visit my ‘Contact Trudy’ page. The message goes to my private email address and will not be visible to the public.

It is my heart and my goal to help bring healing to victims and to expose this dreadful phenomenon taking place in the church.

Abuse is vile… an evil thing altogether. And adding a ‘God told me to…’ is disturbing, at best. It must break His heart. It breaks mine. Still, He offers grace, healing and forgiveness. Because that is Who God is. He is good. 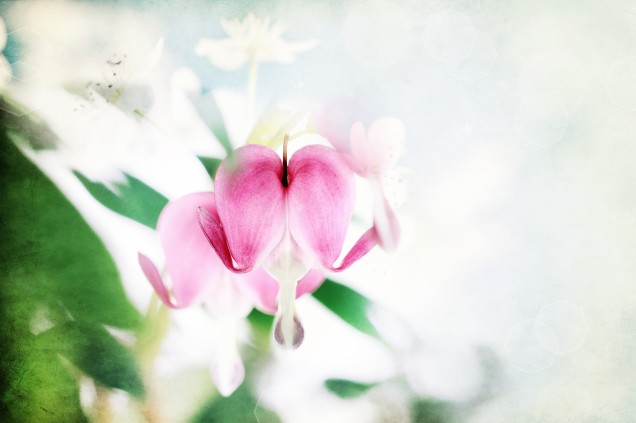 And, in the end, do they all reflect His heart, bleeding for us all? Bleeding Love… Bleeding Hope… Bleeding Grace… Bleeding all over our wounds, so that we can heal, and be whole?

11 thoughts on ““God Told Me To…”; Sexual Abuse in the Name of God & a Million Bleeding Hearts”

Join 5,416 other subscribers
Follow A Splash of Love…. on WordPress.com