The morning after Abigail gave me the blades, I received an email from her. The subject line read ‘Jesus in a Dream’. The message was a touching encounter that brought tears to my eyes.

“So I had a dream last night…
That I was a lost confused hurting little girl who had just ran away from home and was at my sister’s house. I didn’t always know what to do but I liked to read. Then one of my favourite authors did something (I don’t remember what) that made me decide to never read their books and I really didn’t like that author any more.

However one day I went to meet that author, and he had already known what happened, that I was really disappointed and hurt over what he had done.

Suddenly I was standing in front of this author…. and it was Jesus. He was saying how he knew all about what had happened and that he was so sorry that it had happened.  He asked, Will you choose me? Will you accept me back into your life despite what happened?

Half still sleeping and half awake I said…

By this time I was good and awake! We had a little discussion, Jesus and I. He was asking me to trust Him with hurts. I said I would try, but I asked Him why He let it all happened in the first place? He reminded me of the song Nothing is Wasted by Jason Gray. But he also said He understands why I would feel that way. He said that life was never meant to be so hard, it was never how he designed it to be.” 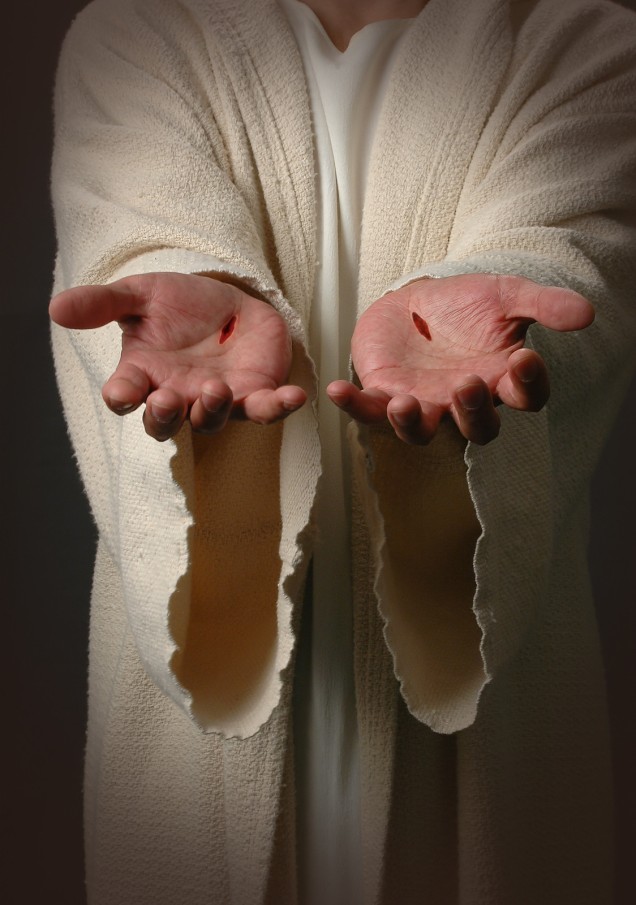 Not long after a text came through, “Just sent you an email. It’s called ‘Jesus in a Dream’. Just a question, if that happened last night, why does the struggle seem no different today? Shouldn’t it be some breakthrough experience and I should feel better inside?”

“An encounter with Jesus does not necessarily remove the struggle,” I wrote back. “But it does give us strength for the battle. An experiential high creates the illusion of overcoming the battle, but often leads to a hard fall. It is in quiet ‘knowing’ that we find lasting peace.”

Abigail’s text the following morning, indicated just how strong the battle was. She told me she wanted her blades back, but I knew it was an illusion, the tangible substitute for a deeper desire.

“What you really want is hope and a full life,” I wrote. “The enemy is lying to you about the blades.”

“But everything seems so dark and and hopeless. I need them,” Abigail replied.

We chatted a while longer, and she told me how it seems to her, sometimes, that Jesus is far away. And how God is such a condemning God, and not at all ‘safe’, and ready to send everyone to hell if they do the least bit wrong.

I asked her if God introduced Himself to her that way or, if someone told her that is who He is, if it’s possible that someone has lied to her God. I asked her if she would let her son die for someone she didn’t really care about, someone she would cast into hell at first sin or wrong doing.

I remember well what it was like to live in terror of a God who claimed to have paid the price through Jesus, but demanded perfection. And particularly perfection in presentation. That god scared the life right out of me, and pushed me deeper into sin.

But the day I met Jesus, and He knelt down to write in the sand, everything changed. (John 8:1-12) That day He, being God, placed Himself in a position of servant-hood  a position lower than me, in all my sin, and He looked up at me, and saw only my need, not my sin. He looked on me with love and compassion, not condemnation.

That day I met God–the gentle, trustworthy Redeemer, who paid the price for my sin, and is quick to forgive. And that day I lost my desire for sin. When He spoke those words, “Neither do I condemn you….” I never wanted to fail Him again, or wound His heart, even before He added the command, “go… and don’t continue in your sin.”

Oh, don’t get me wrong. I’ve been mad at Him. I’ve had my moments of feeling lost and abandoned. Moments of struggle. Moments of throwing tantrums that would be the spiritual equivalent to the terrible two’s. And moments of falling into sin, but I never desired a life of sin again.

When I hear Abigail, and others like her, struggling with the iron-fisted God, my heart breaks. Fighting a battle like hers is hard enough knowing He is on our side, but to fight, fearing He is against us, is utterly hopeless.

Abigail shared more of her struggle, and told me there are more things that she had not yet shared. Maybe if I knew about those I, too, would be overwhelmed. Maybe I would say, like her therapists and psychologists, that I couldn’t deal with it, or wouldn’t know how.

We agreed to meet for an extra session a few days later, rather than sticking to our weekly schedule….