When our oldest daughter, Alicia, was almost four years old, we renovated the entire house we lived in at that time. As a result, everything was under construction at the same time, except for the living room and kitchen.

To contain the mess, and make renovations as efficient as possible, we set up beds for the whole family in the living room area, for several weeks. This included a crib mattress, two toddler beds and a mattress for Tim and me, creating a bit of an obstacle course.

Our bedtime routine always ended with praying for our children, followed by good night hugs and kisses, and then lights out, the same way it had been when we had separate bedrooms. Daddy was usually the one to turn out the light, and the last one to crawl in bed.

Several evenings into our shared bedroom space, Alicia announced that she would like to tuck everyone in after prayers and turn out the lights. I wasn’t sure she could find her way to bed in the dark, but she insisted she could do it, so we agreed.

She went around the room, making sure everyone was tucked in, then turned out the light. We heard a few footsteps before there was a ‘bump’, indicating she had walked into something.

A few more footsteps, followed by another bump, and we asked again if she was okay. Again she said she was. This continued until we heard her crawl in bed and tuck herself in.

We asked if she needs us to come over and tuck her blankets around her, but her answer came back with confidence, “Nope. I can do it.”

There is something delightful about a child’s determination, and their ability to persevere, when they set their minds to something. It felt wrong to me, to let my preschooler stumble around in the dark, and I had to resist the urge to get up, turn on the light and help her. Her determination to do what she set her mind to doing, even though she had a few little bumps in the process, was admirable. 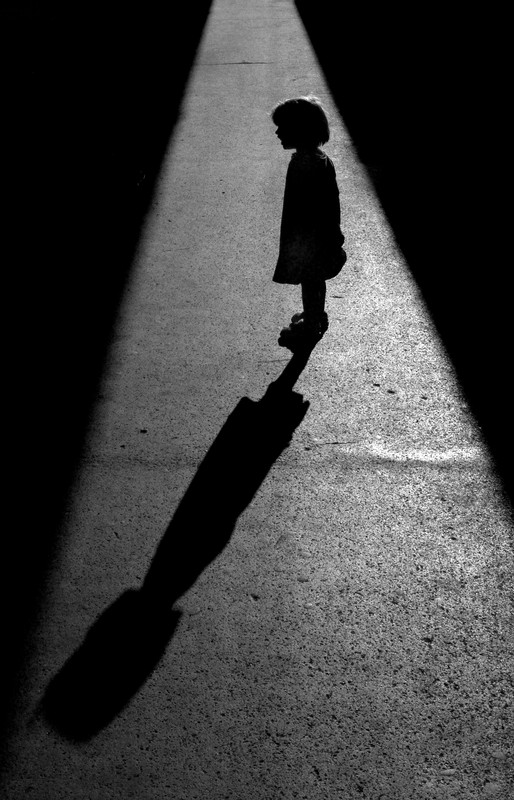 In contrast, on another evening, Alicia went out to the barn with Daddy, Grandpa and a few other children, while Grandma and I went out for a while. Somehow we not communicated clearly, and Tim missed that Grandma and I were going to be away, so when Alicia asked if she could go into the house, he said yes.

It wasn’t dark yet when she arrived at the house, but when she realized Grandma and I were not there, she was frightened and started crying. After wandering around a bit, she returned to the barn to find her daddy, quite distressed. When I returned home, she was still quite upset with me for having abandoned her.

The confidence she had in the dark that night, was a direct result of her security. With Tim and I in the room, talking her through the bumps, she knew that immediately, if something happened, we’d be there for her. In the light, with no one there, she had no confidence, because she felt abandoned. The dark was safer for her than the light, based on comfort, security, and relationship.

When I look at my life journey, I see spiritual parallels to these experiences. In going through a difficult phase in faith journey I have, at times, felt much like my daughter, stumbling in the dark. I could not always see my way.

I’ve had a few ‘bumps’ during those times but, even in my lowest moments, there was one constant, and that is the awareness that God is near. Not the ‘feeling’, but the ‘knowing’.

During some of my hardest moments as a believer my mind returned to the years of hard living apart from faith in Jesus, and nothing of that life, that loneliness, appeals to me.

I may not always be strong… I’m never perfect…. I might stumble, even fall in the dark… but as long as I know that God is with me, no matter what challenge, what struggle, or what uncertainty I experience, I know that I am secure.

I would rather stumble through the dark with Jesus, and go through moments of uncertainty and shaken trust, than to have a ‘perfect’ life without Him.

5 thoughts on “Stumbling in the Dark with Jesus”