Some years ago, when our youngest son was about four years old, he told me, “Mommy, I love you and Kuddles the most.”

“Wow! I rank right up there with the dog, do I?” I said it out loud, playfully. Kordan didn’t understand the humour, and nodded. I hugged him, thanked him for loving me that much. My son gave me the highest compliment he could, when he told me that he loves me and the dog the most. 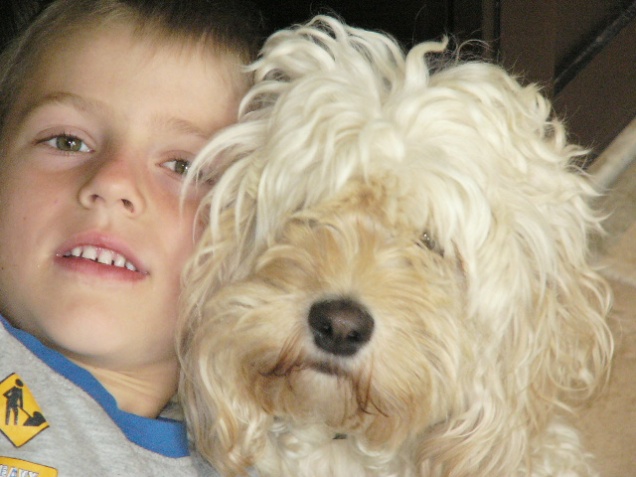 If I had only heard the words, and overlooked his heart, I might have been offended, and concluded he didn’t love me much. By assuming noble intent on his part, I received it as the best he had to offer. Granted, at four he was very innocent, and had no concept of how that could be interpreted, so that helped too.

As I thought back to this, and remembered that moment, my mind started connecting this concept to adult life, and the need to look beyond what we hear, and see. It is important to train our minds to look beyond the words we hear spoken and the behaviours we see, and assume noble intent. To give the benefit of the doubt, and extend grace.

If we could do this as adults, we would be much less likely to get ourselves all bent out of shape, and we would have less broken relationships. We wouldn’t go into conflict resolution with our back against the wall, and determined to vindicate ourselves.

It would allow us to go in, with open hearts and open minds, ready to hear what the other person has to say. We might be wrong about their noble intent, and they might need to take ownership, and apologize because they were trying to hurt us. Or, we might find out that it’s the best they knew how to give, that in their minds they were helping and doing the right thing, with the best of intentions.

Several hours after I started this blog, yesterday, I spoke with my friend, Dan Utz, from Indiana. The plan was to discuss some options for a conference, and we did, eventually, but not before we had a little ‘church service for two’. Within minutes on the phone, as he shared what God had done in a recent ministry trip, I felt the presence of the Holy Spirit powerfully.

“What is the Kingdom of God?” he asked at one point. He shared of a woman who started the Lovelady Centre, a ministry for women and their children, offering hope and a home, transforming lives.

Now that’s church, I thought to myself. And my spirit resonated with what he said, that is the kingdom of God. People reaching out to the lost and broken, offering the hope of Jesus to those who don’t stand a chance in this world, without someone extending a hand. It’s the same feeling I get when I hear of Shane Claiborne’s ministry, The Simple Way. Not only reaching out to people but, like Jesus–Emmanuel, God with us–to actually dwell among them.

Something resonates deep in my spirit with this way of being the Kingdom of God in the earth. It feels to me as though these individuals have found who they really are, what they were created for, and they choose to live outside of the normalcy of what we have made the Christian faith. In both cases it feels so much like the Jesus Way of doing ministry, and ‘church’.

After Dan told the story, I shared with him a bit of my recent struggle. The short version. (Yes, Dan, believe it or not… it was the short version.) I admitted that I feel, at times, as if we Christians are ineffective in the way we do church. I struggle with that. I really do. And I have for a very long time. Probably for about twenty-five years, two months and one day… starting with the day I became a Christian, in 1987. I have always questioned what ‘church’ is, in our western culture. Not that it’s all bad, but that it seems ineffective, and when I hear Lovelady stories, and The Simple Way stories, something in me says, “Yes! That’s what I’m talking about!”

And I would have been content to leave it at that but, God bless him, Dan didn’t let me leave it there, or get by without a gentle challenge. He acknowledged what I said, but then went on to challenge me to extend grace inside of church walls. To allow people inside the church to be imperfect (even if they look to have it all together), to let them make mistakes, and offer the same grace as I would anywhere else.

In essence, he challenged me to do what I did with my son that day, and give ‘church’ the benefit of the doubt, to believe noble intent, and extend grace for failure and imperfection.

So if we meet, and you tell me you love me as much as you love your dog, I’m going to assume you love your dog. A lot. And I will take it as the deepest expression of love you have to offer. And if I find out that you don’t like your dog that much, I will extend grace.

If you sin against me, I will assume you did not do so to intentionally hurt or harm me. I will forgive and extend grace. I might approach you about it. In fact, I probably will, just because I don’t tend to leave relationship issues unresolved, or misunderstood. But I will go into the conversation, assuming noble intent.

A life of grace, is a life of selfless sacrifice.
It places the interest of others, ahead of self.
It lays down personal agenda and self-preservation.