Since the tragic Connecticut massacre at Sandy Hooks school, I have read and heard many opinions on how to prevent such a tragedy from recurring. Opinions push everything from tougher gun laws, to blaming the media for glorifying crime, and movies or video games influencing such violence. And then there’s the other popular one… “Our nation has turned its back on God, and needs to repent…”

I looked up the verse in Chronicles that talks about this, and something interesting jumped out at me.

14 “If my people, who are called by my name, will humble themselves and pray and seek my face and turn from their wicked ways, then I will hear from heaven, and I will forgive their sin and will heal their land.”

The interesting thing here is that God doesn’t ask the entire nation to humble themselves, pray, and seek His face, and turn from wickedness before He hears, forgives and heals.

He only asks His people–those called by His name–to do these things. Then, He promises, He will heal our land.

It occurred to me then, that maybe we, as God’s people, have brought a curse on our nation, by our idolatry, and our inability to stand for truth, more than the sins of our nation have brought the ‘curses’ on us all.

Divine Interruption:
…I had written to this point in my blog last evening, when the phone rang at 11:30pm… A young teen in crisis… Would I consider coming over, spending a bit of time with her?

I looked at Tim, asked if he would mind me going over… I agreed to do it. Checking with Tim was more out of respect than anything. I had already decided in my heart what I would do. I remember well the woman who dropped everything to come into my messy young world when I was sixteen and suicidal.

I kissed Tim ‘good-night’, and suggested he just go to bed, as it could be an all-nighter for me.

On my drive I played worship music. My heart prayed, but words would not escape my lips. Rarely do I feel intense emotion in the ‘line of duty’, though it hits me from time to time when I’m at home alone, or driving after an event. This time was different. I willed myself not to weep. I fought the emotion threatening. And when I could finally speak, the only word that would form was, ‘Jesus…’

I whispered it once, choking back the weight in my heart. I managed to hold it together, with just a few tears. I whispered His name again, then, and one simple request, “Jesus…. Would you meet with us?”

As I neared her home, a new boldness came over me and I began to pray against the darkness, inviting Jesus to come, to heal, to bring hope. I pictured her, wrapped in a warm blanket, my arms around her.

At the front door of her home, I was greeted with the door already wide open. Inside she sat, wrapped in a warm blanket. I walked over, wrapped my arms around her.

For some time we sat there, talking, listening to music, sometimes laughing, sometimes serious. Just ‘being’ together, they and I. We talked about the ‘stopped’ emotions, and buried pain. I encouraged her to cry, to release the stress and the trauma through tears. She said she can’t, even if she wants to. I suggested we go for a drive and she can scream until she feels release. But she didn’t want to. It wouldn’t help anyway.

Absolutely! I sensed the dam was about to burst. In the car I played “Hurt & The Healer”, by Mercy Me, with the volume high enough she didn’t need to worry about me hearing her cry. The tears started then, and her body shook with sobs.

I drove, placing my hand on her back, letting her know she is not alone. I had no idea where to go, so I just did what felt right at every stop. I realized at one point that I was driving by or near places where her pain had happened. It wasn’t intentional, and all I could do was trust God that He understood why.

I turned down a road, thinking I was finally in a ‘safe’ zone, with no ‘triggers’. Suddenly I realized I was going to drive past her church. For a brief moment a thought entered my mind, “take her there”. But just as quickly I pushed it away, not willing to confront that trauma in her life.

Moments later her voice broke the silence. “You know what I want to do?”

“This is going to sound crazy, but can we pull in at my church? It’s just up ahead.”

We pulled in and parked in front of the church.  About twenty-three years ago I sat in that same parking lot, one rainy October night. I was a young rebel then, running from the pain of violence and sexual abuse, and the confusion of church and religion. I visited the church more to make a statement, and force myself to face the rejection, than anything else. The youth looked at me, and said a passing ‘hi’, that night, but didn’t make any effort to connect. I was a bad kid. A rebel.

One girl walked over and asked me if I would like to go sit her their vehicle and talk.

My friend told me that the youth had been told not to associate with me. I was a bad influence and parents were concerned I would lead them all astray. “I don’t care what they say,” she said, “I will be your friend.”

Rain trickled down the wind shield. The night was black. Lonely. Eerily so. The falling raindrops, I imagine, were God’s tears.

To be back in the parking lot, with a young teen, not much younger than I was then, was powerful. The music played. Now Michael W. Smith, “Open Arms”. It wasn’t planned, but the songs seemed to flow with what was happening. God moments, I call those.

She looked at the church. “They hurt me,” she said, matter-of-factly, yet with deep pain behind the words.

“They judged me. Condemned me. And they gossiped…. ”

I listened, my heart hurting for her. I know. I remember. I understand. And I know what it took for me to break free. “Can you forgive them?”

“I don’t know,” she said. There was no defiance. Not even reluctance. Just a painful inability to forgive.

“Can we invite Jesus into this mess?” I asked.

“But how?” Now exasperated, her voice had an edge of pain… new pain. The ‘lost God’ kind of pain that doesn’t know where to begin. “I don’t know how.”

I asked if I could do it, and she said yes. The music continued to play…. I prayed out loud. Just talking to God… to Jesus. Asking Him to be present, to heal, to bring hope, to restore. I thanked Him for forgiving her for the things she had confessed, and said she was sorry for…

And then my heart began to weep…

I repented on behalf of parents, leaders, churches, Christians… all of us who have misrepresented the heart of Abba Father, our ‘Papa’. I asked God to forgive us, to heal us… I asked Him to forgive church leaders… I asked for the Holy Spirit to fall on His people…

In my arms a little girl wept uncontrollably. Really, she is a young woman, but in that moment she was a little girl. Tears poured down both of our faces as I cried out to God… And He was there…. present… powerfully present.

“Is this what mothers do?” she asked, almost reverently, when I finished praying.

“And I’m very sorry about that,” I said. “It’s what mothers do .. it’s what fathers do… and what leaders do, who love Jesus. I haven’t always been this kind of mother. But I’m learning. I’m trying.” I told her how I had fought a similar battle with one of my children, only weeks ago. It’s who I want to be for my children, for every teenager God brings into my life.

When it was over I played ‘Remind Me Who I Am’, by Jason Gray. I played it loud, the way we both like our music, and then I stood out in the parking lot, the music playing into the night. I stretched my arms out, standing ‘naked’ before my God, offering all of who I am, to do with as He wishes.

I drove her home shortly after 3:00am. We won a battle. The war is still on, but we know our side has won, because Jesus paid that price.

I returned to my blog today, fascinated that God had brought a situation that required repentance on behalf of the church, in order to bring one young woman to a place of break-through.

Yes… it is time for us, as God’s people, to stop pointing the finger at the nation when we have lost sight of truth, in so many ways. When we fight to control people, to apply the law–whatever that law may be–and protect image, rather than getting to know hearts, and fighting battles with the weary and the wounded.

And some religious soul, more concerned about image and ‘system’ will read this and find a way to justify the evils we commit against children, through silence, through judgement, through ‘the law’…

And my heart weeps again… And again I pray… 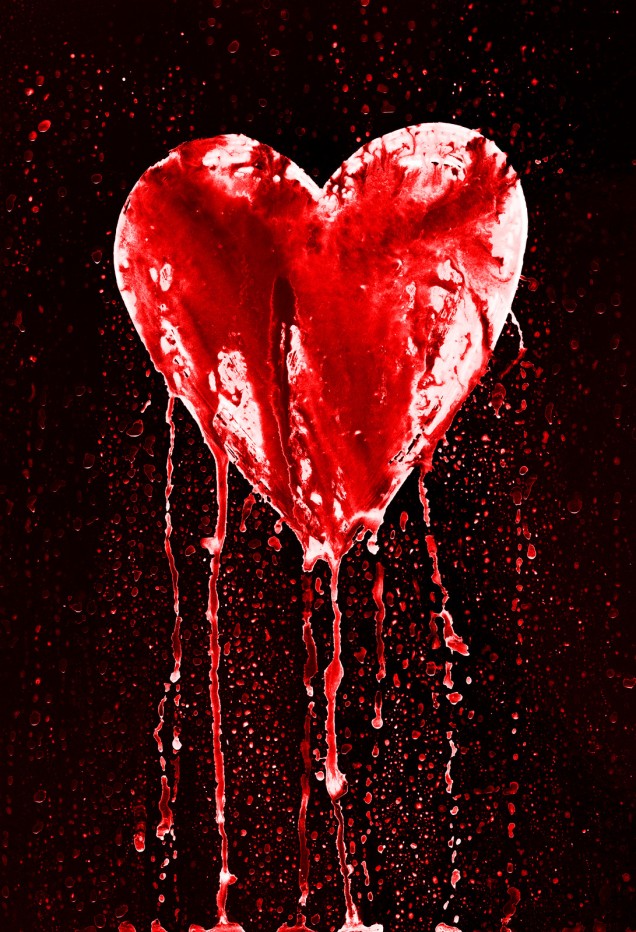 “God forgive us for judging the man who walks into a school and massacres children, when we leave a trail of bleeding hearts–the hearts of children–from the church doors to Heaven only knows where.

11 thoughts on “A Trail of Bleeding Children’s Hearts”