I expected a hard battle against sexual abuse in Christian cultures, when I set out, so I will not be discouraged. And I am  not overwhelmed or shocked. I knew it was prevalent, and the stories would be extreme. And I am not going to quit. I will face hell and high water, if that is what it takes, to help one little girl or boy, to prevent, if possible, that victimization.

That, in a way, is the easy part of fighting against abuse and violence of any kind. Advocating, standing in the gap, being vulnerable and speaking out are all good things. And they hopefully make a difference. But the other battle, the one that is so hard to fight, goes on in the minds of both victims and those fighting on their behalf. Both battles are worth fighting, and important to fight, but the visible one is definitely the easiest!

When someone tells me I’m on a witch hunt, that they don’t believe the problem is as bad as I make it sound, it makes me stop and reconsider. And in that reconsidering there are times I’d as soon turn my back as keep going. It’s not that I doubt my stand, but it’s a lonely road.

I am tempted to be self preserving and, if but for a fleeting moment, to think, “I’m healed. I did the hard work of facing it. I found hope. Can’t others do the same? Is it really something I need to ‘fight’ for? Whether it is 5% of the church population, or 70%… does it really matter? Can’t each person fight for him or herself? Why should I do it?”

The temptation to turn a blind eye, to pretend that it’s not my problem, has been a real temptation at times, though more so in the past. The cost to keep going has been higher than I ever imagined it to be…

But when I stop and think about the victims, those whom I most interact with, and for whom I am fighting, I know retreating into silence is not an option. Victims, unless they have a vested interest in silence, typically encourage me to keep speaking and to break the silence, to be their voice because they are afraid. And the reward for helping them far outweighs the costs I mentioned earlier. Still, weighing those costs is part of the battle I fight.

But those with a vested interest in silence will attempt to discourage me, creating a whole new battle. You can use your imagination as to what that vested interest in silence might be. There are a few reasons… One is to protect their own secret of victimizing another person, or protecting a perpetrator close to them, or protecting a religious culture and image–especially as leaders within that culture who want power and image of truth.

But I am hearing ‘happy murmurings’ that tell me the winds of change are blowing… there are some leaders with integrity whose eyes are being opened. I cannot tell you the hope this brings me! When I first heard a positive whisper, in the last several days, the tears started. It was almost as if I was a teenager again, back in the culture, and my story was being heard. In reality I don’t think it had anything to do with my story, but it still touched a tender spot. A deep wound that I thought was healed.

While I write from the perspective of the Mennonite church, because that was my life growing up, I am very aware that sexual abuse is not only a problem in Mennonite and closed culture groups. It is a universal, human being problem. And, while closed cultures are the safest place for perpetrators to hide, thereby increasing the epidemic of abuse, it is not only in Mennonite ‘closed cultures’, or even religious closed cultures. It is prevalent in any organization, institution or group that is bound, bent and determined to cover up abuse. And it’s usually for the sake of image and reputation. Whether it’s Penn State, the Catholic Church, the Mennonite church, the Anglican church and abuse of Aboriginals,  or any other group, the reasons for covering up are similar. Image. Pride. Arrogance.

In its prevalence, I am always amazed, when I meet with victims of abuse, to discover how many think they are the only ones in their family to be victimized. The feeling of ‘aloneness’ and ‘there’s something wrong with me’, is a powerful mind battle that the enemy uses. I believed for years that I was the only one in my family, the only one in my church. Until I talked. That’s when the web was exposed, little by little, one victim at a time.

So, when a victim insists they are alone, I ask questions like, Do you ever talk about it? Does your family or church know you were abused? Have you ever asked any of them?

I quickly discover, in most cases, that it has never been discussed with peers, and the silence of others is perceived as the absence of problems. They may have gone to leaders or parents, but it was all quickly ‘taken care of’ and the victim either told or encouraged not to bring it up, but to forgive and move on.

I have had the honour and privilege of helping to unravel, at least partially, the lies and misconceptions of, “I am the only one,” or, “it’s only my family”.  And when they discover the truth that there are many others, it is both a relief in the sense that the individual no longer feels isolated, and daunting in that it is no longer manageable. Manageable in the sense of feeling that ‘I am the only one, I’ll survive. No one will ever need to know, and it ends with me…’

When the battle of isolation is done, a new battle begins. If you speak, people will judge you. They will accuse you of wanting attention. (I didn’t get this attack, that I know of, but hear it from other victims.) There will be pastors (or preachers) and other leaders, along with those who have a vested interest in silence for other reason, who will judge you. Don’t let that stop you from breaking the silence.

If there’s one thing the devil knows, it’s the power of silence, because in silence we believe lies and that gives him access to other areas of our lives. He uses those lies in subtle ways to manipulate and control how we see life, how we see others, how we see ourselves. If he can prevent us from seeing what we are capable of, through the power of Christ, then we are no threat to his work and his kingdom.

But, if once we get a glimpse of the power of Christ in us, and the things He will do through us, then we become and unstoppable force. That is a threat to the enemy’s kingdom, and the kingdoms humans build for themselves. And it advances the kingdom of God.

So I fight. I fight the battle against evil publicly by speaking, writing, and influencing whatever change I can. And I fight the battle in my mind, against the temptation to quit. Why should hell get free rent in church without a bit of resistance?

But most of all I fight the battle privately, between me and God, and alongside the victims, encouraging them, and offering a listening ear and a heart that cares. Because ultimately, the greatest battle takes place in the mind and spirit of the victim, long after the perpetrator has forgotten, or blocked the memory that he or she ever did anything.

The battle the preachers who serve image and religion fight is a battle in the mind and spirit, between the will of God and the will of the flesh. To protect the innocent, or to sacrifice them on the altars of Molech, in order to protect pride and image? To respect the laws of the land when it comes to crimes against children, or to cover up and pretend it isn’t that damaging?

Regardless of our role in the issue, the reality is that it is a spiritual battle, and we either fight, or we surrender to evil. There are only two options.

Ephesians 6:12
For we wrestle not against flesh and blood, but against principalities, against powers, against the rulers of the darkness of this world, against spiritual wickedness in high places.

“Spiritual wickedness in high places…” We fight, not against people determined to maintain silence, but against the powers of darkness… The father of all lies, who has the deepest interest in that silence.

So I put on my armour, pick up my sword and shield and march into battle, knowing with confidence who has my back. And never losing my identity as a woman of God. 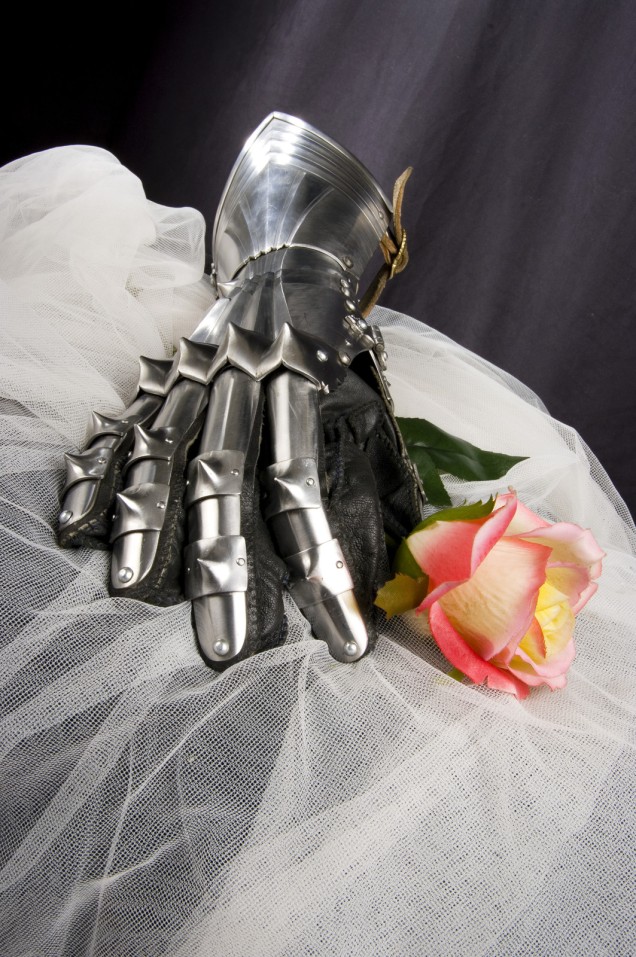 11 thoughts on “This Battle We Fight”