There is a disconnect, between what we pretend church life to be, what we demand the Christian walk to be, and reality. The reality of experience and the reality of God’s expectation. I feel sometimes as if I get to be backstage of a major production, when I sit with wounded, and listen to broken hearts, and see the true body of Christ. The ones who are real, and drop the façade of religious perfection.

I’ve been told most of life how ‘church’ should look, and act. I’ve watched as the religious scrambled to wipe up the ‘spilled milk’ of the new believer, the struggling seasoned believer, or the one who just can’t get it right. Heck, I’ve been the first in line to buff and polish and hide the evidence of humanity after the spill is discovered.

For years I thought that was Christianity. After properly disciplining the person who failed, the image of ‘the body’ was restored. But the focus was not–usually is not–the body of Christ, as Christ Himself lived it. It so often really is about image and personal, religious pride.

But the body of Christ was not left to ‘look nice’ for us. It was more broken, more beaten, more ‘raw flesh’ than we can even imagine, at that moment when Jesus died for us. It’s offensive. I will confess that I cannot look long at some art that portrays Jesus on the cross. I’m not referring to the one with that smooth, untouched skin, that we can handle in our romantic notion of salvation. That level of pain and shame looks manageable to me.

But it’s that bloody, dirty-looking, beaten body that makes me crumble. It takes my breath away to know that someone would love me, broken and sinful as I am… that He would love me, that much.  That pain is more than I can even imagine. The love, even greater. It’s not manageable in my mind. Not in any way.

When I watched the Passion movie with Tim, at the theatre, I completely fell apart. It is the film that changed my awareness of what Jesus really went through. There were times when I buried my face in Tim’s shoulder and sobbed, because I knew that I’d make an awful noise, sobbing and snorting, if I dared to come out.

I have watched grown men sob, when first they felt that love, when first they realized that, sinful or not, they are embraced.  That’s what an understanding of grace and God’s love does to people. It removes pride and arrogance.

We are the body of Christ, representing Him here, but I fear that we have misrepresented Him, in our zealousness for good and image, in trying to portray ourselves with that smooth, clean skin that they give Jesus on nice Christian art. And we’ve done this at the expense of our children. I have done it, at the expense of my children, at times.

Yes, the Word says to present a body without spot or wrinkle. I’m no formal Bible scholar, though I know my Bible like the back of my hand, so it is possible I’m off, but I don’t think that means what we make it mean. A body, without spot or wrinkle, to me means ‘without hidden sin’, and not rebelliously embracing a sinful lifestyle. Aside from that we all fall short.

Jesus, being God in the flesh, in His humanity wrestled against God in His heart. He begged God for another way, than the way of the cross, because of the price for our freedom. God–the Source of all Life and power, is not contained. He is everywhere. When He ‘dwelt among men’, He was fully alive in the body of Jesus Christ, yet fully uncontained, and present everywhere else at the same time. There is a mystery in that Jesus, being fully God, was also fully human, and in His humanity, He wrestled,  The pain didn’t look manageable to Him. If Jesus, being God, who can handle all things, could wrestle and be loved and accepted, should that not tell us something? Should that not tell us, that God wants to wrestle with us? That He still loves us in our struggle?

When Jacob wrestled with God, he was so close to God that he could touch Him. If we take away the permission God has given His people to wrestle with Him, to struggle with Him, then how will they get close enough to touch Him? Teaching them to mindlessly say, “Yes, Sir!” and living in sinless perfection, will never take them to that wrestling match. It will create a distant irreverent fear of God.

I should be completely overwhelmed by the kindness of God, when I look on Him and see wounded, naked, bleeding flesh. Flesh ripped, and hanging. That’s the image we, the body of Christ, should try to live up to and protect. In this we have sinned. I have sinned.

And the more I work backstage, the more I see the price of that selfish, this-world view of the body of Christ. We’ve made it into some hopeless competition for perceived holiness that no one can attain. Not even the ones who have mastered it best. I promise you, they are broken and sinful inside, if they are not broken and aware of their sinfulness before God.

It plays out in many ways, how we demand perfection, and I love howJames 2 calls the church on it.

8 If you really keep the royal law found in Scripture, “Love your neighbor as yourself,”[a] you are doing right. 9 But if you show favoritism, you sin and are convicted by the law as lawbreakers. 10 For whoever keeps the whole law and yet stumbles at just one point is guilty of breaking all of it. 11 For he who said, “You shall not commit adultery,”[b] also said, “You shall not murder.”[c] If you do not commit adultery but do commit murder, you have become a lawbreaker.

12 Speak and act as those who are going to be judged by the law that gives freedom, 13 because judgement without mercy will be shown to anyone who has not been merciful. Mercy triumphs over judgement.

Even Paul says that those who focus on keeping the law, will find themselves unable to attain. And if it is the law we live by, it is the law that will judge us, making us guilty. It is inevitable. Why would we not choose, rather, to live by the spirit of the law, and walk in grace and mercy? It would allow the hidden sins to be exposed, and along with that, and just as critical, the hidden victimization.

But, in our desire for ‘tangible holiness’, we have pulled people away from God, away from Jesus. We robbed them of the intimacy of wrestling, and the closeness when God wins and holds us, and we surrender in obedience and relationship. When you wrestle like that, and feel His breath on you, and His arms around you, you have to acknowledge Him. He becomes real. He becomes tangible. And our holiness, it just melts away. It’s useless.

And those who have been robbed, I sit with them. Not all, but many that I meet with, have been robbed. And there is a lifeless, hopeless, emptiness. Can’t read the Word, they say, it’s dead. Can’t pray, they tell me, because it feels like God doesn’t hear them. Their struggle takes so much energy to manage, that they focus on it, and feel unacceptable.

That’s backstage Christianity. These people look nice. Even holy. They sound good when they teach and talk, the kind of goodness that the church has grown comfortable with. But if they stood in front of the church, or the classes they teach, or told their friends, and told the truth, God forbid what would happen next.

If every one who hides theirs struggle stood up and blurted it out in church one Sunday morning, things would be different. It would be chaos that morning, for starters. It would probably be the most ‘real’ service ever. And we’d hear things you don’t say in church. We would hear sin and we would hear raw pain.

“I struggle with pornography…. I’m in an affair… I struggle with same-sex attraction… I get drunk every day… I’ve been smoking weed… I am angry with God… I am depressed, even suicidal… I can’t forgive my abuser… I hate life… I feel lost… I’m alone in this world… I feel hopeless… I molested a child… We’re flat broke, not even enough food… I can’t read my Bible… I feel so sinful…” And on and on it would go.

What we’d really be hearing, but would miss because we have been conditioned to judge, is a cry for help. A plea for friendship, for being the bloody, beaten, dirty-looking body of Christ. They long for someone to walk the hellish road with them, arm in arm, daring to get a bit more bloody, a bit more dirty.

Instead, we do what not even Jesus would do, and we judge and condemn. We miss that heart cry and panic because  little dirt is showing on our white linens.

What if we’re totally missing the point? Not only with people, but with God. What if the stuff we hide and cover up back stage, is the stuff that, if we were honest, would set the masses free? What if our humanity was not hidden from them? What if they could see Jesus through that humanity, as we confess and receive grace and mercy? 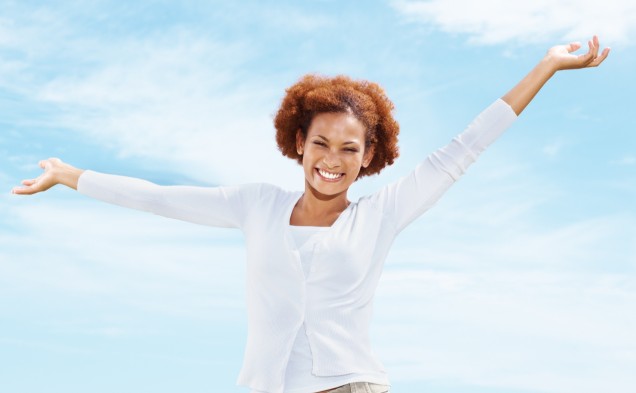